The way that birds act has often influenced the names that our ancestors chose for them. Yet bird behaviour – or our perception of it – has shaped our language in other ways. There are many idioms, metaphors, and proverbs associated with birds and most of them relate to bird behaviour. Anyone who rises early in the morning is ‘up with the lark’ and may be the early bird that catches the worm, whereas a nocturnal character is a ‘night owl’. We might say that a greedy person has an appetite like a vulture or eats like a gannet; someone who doesn’t miss anything is eagle-eyed or has eyes like a hawk, and a good vocalist sings like a canary. Someone who noisily draws notice to another’s misfortune is said to ‘crow’ over them, and we might describe an individual as ‘a bit of a magpie’ if they are a hoarder.

Watching a bird flying evokes comparisons with liberty. We might say that someone we’ve ‘taken under our wing’, must learn to ‘spread their wings’, so that they can be ‘as free as a bird’. Yet many birds are sociable, and as a result we also say that ‘birds of a feather flock together’, and some species are quite skittish so we describe an anxious person as ‘getting in a flap’ just like birds that beat their wings or take off at the slightest provocation.

Curiously, despite their ability to fly being in many respects birds’ most distinguishing feature, the way that birds walk has also attracted great attention – we are familiar with someone waddling like a duck, strutting like a peacock, swanning their way around, even goose-stepping.

Some specific birds are mentioned in common English proverbs and metaphors. A good example is: ‘one swallow doesn’t make a summer’. But there are many more. A man or woman carrying out their final duties just before they die or when leaving an established role is said to be performing their swan song. This curious saying arose from the ancient Greeks who believe that the mute swan, so lacking in vocalizations during life, sang a beautiful song as it was about to die. Of course, this is not true. A similarly bizarre report from antiquity – this time from the Romans – has led to an enduring belief that ostriches stick their heads in the sand at times of stress. This has become a well-honed representation of people who refuse to accept reality, even though the behaviour on which the metaphor is based is not seen in nature. 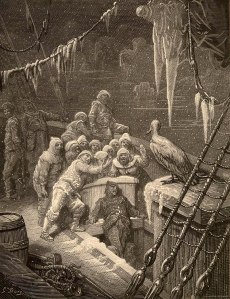 And there are many more sayings in English that refers to particular birds. We can, for example, be  a wise old owl, be as bald as a coot, and travel directly ‘as the crow flies’. Even extinct and mythical birds are not forgotten. A person or organisation that is dramatically rejuvenated after a disaster is said to have risen phoenix-like from the flames, and we talk about an idea being ‘as dead as a dodo’.