The modern names of many British trees are probably Anglo Saxon in origin. Words such as birch, oak, willow, hazel, ash, yew, elm, walnut, holly are little different from the words that our Germanic ancestors used in the 8th century. Germanic tribes are said to have used beech tablets to write upon, before the invention of paper, and interestingly the Old Saxon word for writing tablets is bōk. Compare this with the Old English for beech which is bóece or bóc and it’s easy to see why some scholars believe that the word ‘book’ has its origins in an ancient name for the beech tree.

A number of other trees have names very similar to those used by the Romans. Some of these may have come into English directly from Latin such as pine and laburnum, but Roman names were also taken up by the French and later introduced into English by the Normans. Examples of these likely Norman imports via Latin include almond, cedar, sycamore, olive, chestnut, palm and poplar.

However, the names for certain other trees have a more unusual origin.

The word rowan was originally confined mostly to Scotland and is of Norse (‘Viking’) origin. Interestingly, a folklore tale from the north of Britain made a direct connection with the old Norse gods. Here, the rowan was known for centuries as ‘Thor’s Helper’ because when trying to evade the clutches of an evil sorceress, the great god only managed to cross a swollen river and escape by grabbing hold of some rowan trees to haul himself out of danger.

The rowan has had a variety of alternative names, the most common being mountain ash. It was widely called the quickbeam in Anglo Saxon times, with quick meaning ‘alive’ as in the once-familiar phrase ‘the quick and the dead’ from the King James version of the Bible. The word ‘beam’ was Old English for tree, so the quickbeam was the tree that was alive or the ‘tree of vitality’. How the rowan acquired this unusual name is unclear, but the springy nature of the tree’s young branches and its multiple small leaves give it a certain animation that may have inspired the title. The tree also has a longstanding reputation for being protective against the supernatural, so ‘quick’ may perhaps imply an ability to continue to live or to survive despite the forces of evil. 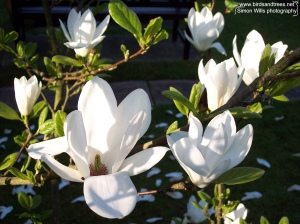 The magnolia is a rare example of a tree named after an individual. In this case, the person so honoured is French botanist Pierre Magnol (1638-1715). He is the man credited with devising plant families: a concept which was to prove so important in systematically classifying every species in the plant kingdom.

Perhaps the most unusual origin for a tree name is the monkey puzzle. It was originally called the Chilean pine – a name both dull and botanically inaccurate. In the mid-19th century Cornish MP, Sir William Molesworth, showed off his new Chilean pine sapling to friends. One of the party was a well-known barrister named Charles Austin who wondered how on earth any creature could climb up such a spikey tree. He said something like: ‘it would be a puzzle to a monkey’. His friends must have enjoyed the remark, because Austin often related the tale as a witty anecdote in London society and as the Chilean pine was then becoming very popular the new name stuck. It was the monkey puzzle pine, the monkey puzzler, and eventually just plain monkey puzzle. 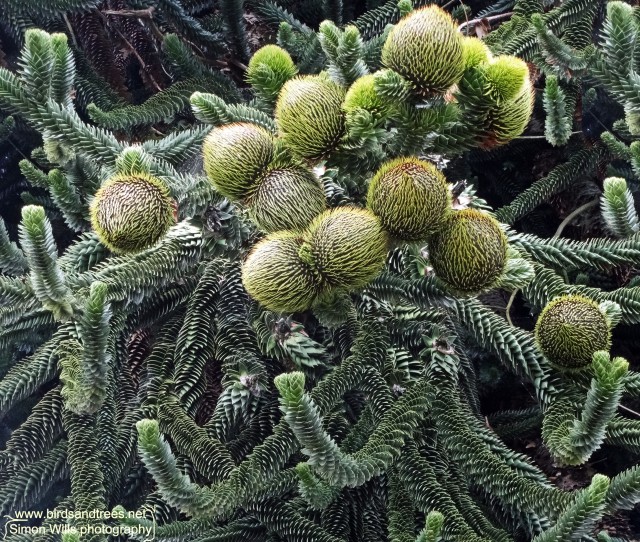